Have you lived with panic disorder? Have you been told it has no cure? Well I am here to squash that belief by telling my own story and why I believe panic disorder is not a life sentence.

I think research is flawed on the topic of panic disorder. I have been diagnosed with Panic Disorder, which according to the symptoms, I definitely agree that I have (had) panic disorder for a period of time. Let me give you a some information.

I developed panic attacks after my son was born 11 years ago. Prior to his birth, I was a soldier. I never feared things out loud. I was scared all the time but never let the fear stop me from living my life.

In my life, I had experienced many of the phobias or fears people live with everyday. For example, I have been stuck on the road in the middle of nowhere when a tornado came out of the sky and right for the road I was on. I have been stuck in an elevator on a cruise ship with my aunt and 2 other people when the elevator lost power, dropped between floors, and stopped functioning. I had viral pneumonia after my trip to Bali, and I stopped breathing in front of my two children. I was in a relationship with a man who threw my head into a window sill and I was trauma hawked to a trauma hospital with bleeding in my brain. I was in a hit and run car accident when a man decided he would kidnap my two friends and I. I had my heart broken when my first love hung himself from a swing set. I watched a dear friend die right in front of me from a drug overdose and I called for help that didn’t make it in time. I attempted suicide nearly 3 times and one of those times, I barely survived. I have been in numerous fist fights, including with girls 3 times my size, for bullying my handicap brother or anyone who couldn’t defend themselves, and I didn’t get killed. I got jumped at a skating rink for no reason in which I was attacked by a man and 3 women when I was 14. I suffered severe injuries and I vowed to never let myself be caught like that again. I traveled to a country that I knew nothing about and had no friends or familiar people to meet there for 5 weeks by myself. I have had to endure over 10 surgeries. I gave birth by emergency c-section when my child was born and endured 2 years of him screaming till he lost his voice or passed out because he is autistic. I sat through over 50 funerals before I turned 20. And the list goes on and on.

When I think about all the times in my life where fear should have captured my attention, but didn’t, I cannot imagine panic. Logically, I question why? Why is it so? Why should I live with panic now after all I survived already?

I can’t remember where I read this, but an author wrote about mass beliefs. When people all believe something exists, or something is a certain way, the spiritual, physical and mental belief becomes the reality. Interesting how the truth can change when everyone believes the same story.

When I apply that reasoning to panic disorder, I learn that because it has been written that panic disorder has no cure we must believe it is with us forever and we are are doomed to live our lives in fear.

I have never ever followed the mass beliefs nor do I care if that makes me an outlier of scientific numerations. The reason is due in large part to my belief in evolutionary theories. For example, what we believed, and what I was taught in school, about our solar system is that we have 9 planets. Mercury, Venus, Earth, Mars, Jupiter, Saturn, Uranus, Neptune & Pluto. Now they have determined that Pluto is a dwarf planet and therefore doesn’t constitute a planet in the solar system anymore, so we now have 8 planets. Furthermore, there were 5 oceans, now there are only 4 oceans. If you ask a school aged child how many oceans there are, they will tell you there are 4; Atlantic, Pacific, Indian and Arctic. I remember the Antarctic Ocean, and I additionally remember being taught in school that the Gulf of Mexico was an ocean too.

When you think of how evolutionary theories have changed due to access of new information or simplifying, we find that nothing in the world is set in stone. The main reason I shared these two examples are because no one thought it was weird that educators proved a theory, that trickled down to the public and became a mass belief. Yes, they reevaluated the true facts and realized it wasn’t accurately describing what was real, but an entire ocean and planet of the solar system that existed in science books when I was a child, is no longer true.

Much like a google search on panic disorder will yield results that you are doomed for a life of panic attacks, I disagree. Panic attacks are just a phase in life, a way to remind us to pay attention to ourselves. Science has no evidence to prove that this is forever, other than the words or experiences of a panicker who feels the disorder is forever. Let that sink in for a moment, do you want to be panicking forever? My answer is HELL NO!

Researchers have said that panic disorder is a chemical imbalance. That panic comes from an imbalance in neurotransmitters.

Naturally occurring chemical messengers, known as neurotransmitters, send information throughout the brain. The human brain is thought to have hundreds of these different types of neurotransmitters, and biological theories suggest that a person can become more susceptible to developing panic disorder symptoms if one or more of these neurotransmitters do not remain balanced.

Hold on for one moment, let’s look at this more prominently. A chemical imbalance is also where Bipolar Disorder comes from, which science has proven involves the neurotransmitters being damaged in production causing severe symptoms of high-highs and low-lows, but now it is said that panic disorder is doing the same?

Let me level with you, if you want to have panic attacks forever, by all means, have it your way, science will support you. However, if you are like me and believe that you have the power to heal this, then start to believe it now.

I didn’t drive for 6 years, then I decided I was done being a victim to panic attacks and panic disorder. I didn’t need medication or therapy to change my outcome, I simply needed a belief in myself, to let go of the fear of a panic attack, and push myself past the discomfort. Anxiety is natural and everyone has it, but I will not be stopped by sudden moments of intense fear anymore because they are not true and they manifest through me. My chemicals will heal with my belief in being stronger than the panic and by my ability to take charge and live, instead of letting life happen to me.

You are strong for having fought a panic attack and won, therefore you are strong enough to believe this is not forever. The science of the brain will never be solved. Brain mapping is never going to be possible in my opinion, because the brain is the epicenter of evolution and change.

The brain is too strong and resilient for any scientists to make sense of it. That my friends is why I choose to believe that EVERYTHING is curable if we choose to believe it is. Just like many cancer patients are cured out of the blue, Panic disorder is curable and I am proving that.

You want to know the secret to ending panic disorder? Do you want to know how you stop yourself from panicking? It’s incredibly simple, and took me far too long to realize, you must stand up to it! Believe in something other than the doom and gloom, believe that there is something bigger than you out there and that what is meant to be will be with or without your acceptance.

I will not allow myself to dwell in the darkest parts of my mind, I will believe in something bigger and better because I know that my brain is a gift from my higher power and no human will ever tell me that it is not working.

Be free! Give yourself permission.

I love to be authentic to how I see the world with bipolar disorder, and I grow as a person everyday in my art and love of web development. I have a soft spot for special needs children and adults, and have a son with Autism Spectrum Disorder. My primary focus is to share my love of technology and healing to anyone who wants to learn more. View all posts by Niki Maria

This site uses Akismet to reduce spam. Learn how your comment data is processed.

Welcome to a blog about mental health awareness, with a strong focus on bipolar and panic disorder. My name is Niki and I am so glad you stopped by.  Check out my posts and sent me some feedback! xo 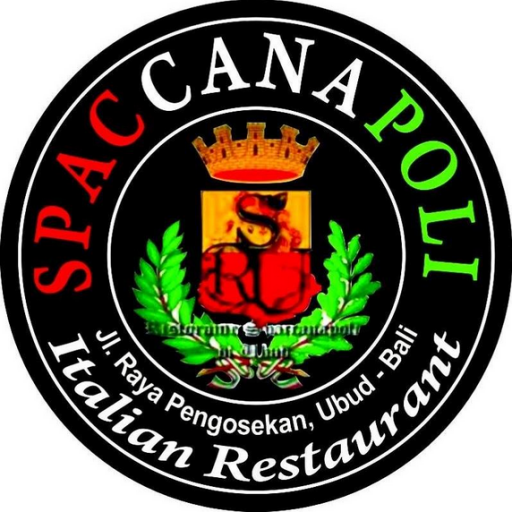 Where Life Is real.

But poetry, beauty, romance, love, these are what we stay alive for

My Life with Anxiety, PTSD & Bipolar 2
MIRACLES EACH DAY

Devotionals on Writings Received from the Celestial -- A COURSE IN MIRACLES, A COURSE OF LOVE, THE WAY OF MASTERY, and CHOOSE ONLY LOVE

Inspirational Quotes To Motivate Your Life

SAVE 90% OF FEES IF YOU ARE A MEMBER WITH MY CLINIC . Email: dr.fawzyclinic2019@yahoo.com

True wealth is the wealth of the soul

Warden of Words // Shaper of Stories

The Italian of Ubud, the right place to find the Authentic Italian Taste